It’s Marshmallow Monday! Okay, that hasn’t actually been a thing, but I’m making it a thing. Starting….now!

For whatever reason, I’m very into marshmallows, so I have decided to just go with it. It probably won’t happen every Monday, and it’s possible I could go a few Mondays in a row with no marshmallows, but when I do have marshmallows to share, you’ll see ’em on a Monday.

So! Marshmallow Monday’s inaugural recipe is… [drum-roll, please] …anise-flavored marshmallows sandwiching raspberry cashew “nice” cream. Homemade marshmallows are actually very tasty straight out of the freezer—they don’t get hard, they just get a little chewier—so pairing them with other frozen treats was a no-brainer. And as it turns out, I’m a big fan of raspberry and anise together.

Hope you enjoy these!
M

14. Place the reserved marshmallows on top of raspberry cream.

15. Freeze assembled sandwiches for at least two hours, covered. Once frozen, you can transfer them to a large Ziplock to store. Serve directly from the freezer. 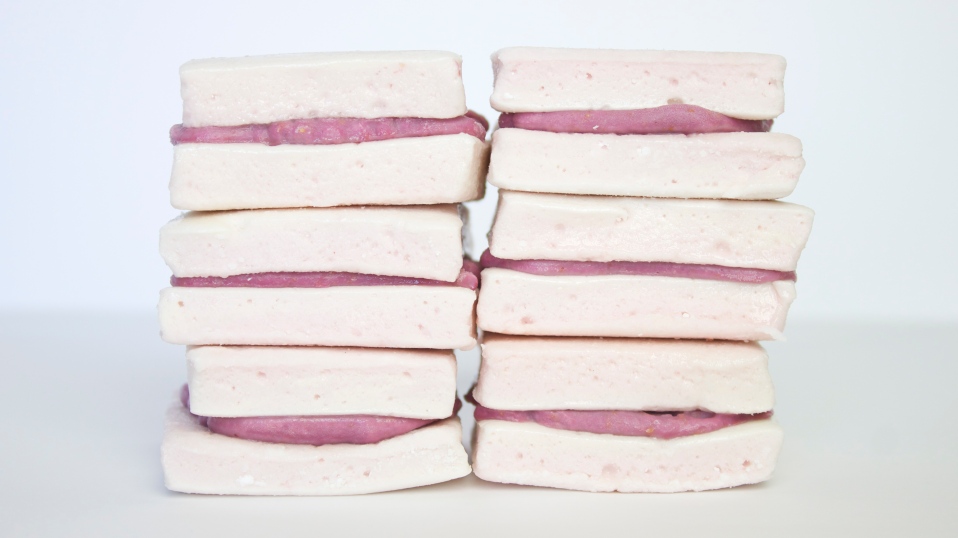 Been wanting to make homemade marshmallows, but still a little unsure about the process? I can help!

My class on SkillShare will give you easy tips for whipping up super fluffy bites of heaven.

SPECIAL OFFER: Get a 3-month SkillShare membership for $0.99 (take my class and/or as many others as you like!).