I’ve been eating a lot of nachos lately. Like, a lot of nachos. A lot…of nachos. I think it’s because all of a sudden, dairy-free cheeses started actually tasting good. (My favorite specifically for nachos is Daiya, but for this recipe I used both Daiya and SoDelicious.) Not eating dairy, I’d basically given up on nachos as a thing I could do regularly—even though I LOVE them.

Not sure if anyone watches Jerry Seinfeld’s Comedians in Cars Getting Coffee, but firstly, I recommend it. And secondly, one of my favorite moments is his visit with Obama and Seinfeld asks him what his favorite food is. “Nachos,” he says—so much so that he says the nachos need to be physically taken away from him in order to stop eating them. I hear that.

And then a couple weeks ago, wanna know what I saw a picture of that looked even better than nachos? Queso. I couldn’t stop thinking about it until I’d figured out a vegan version because I’ve got some makin’ up for lost time to do. So this recipe is a queso-ish dip inspired by my recent extra-strong obsession with nachos. It’s a little heartier than you’re typical queso, loaded up with roasted bell peppers and black beans to make it more meal-ish. It’s great for a party, but also reheats really nicely if you want to make a batch to enjoy for a few days! (I certainly did.) 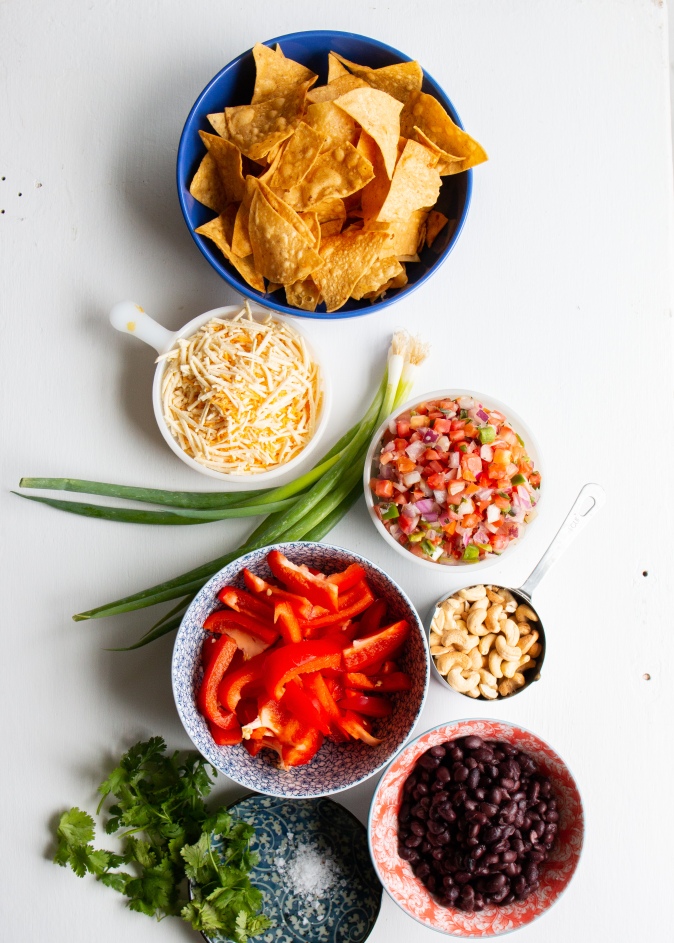 If you want to make it more of a legit meal, I like to top a bed of lettuce with a couple big scoops, making salad-type thing—YUM.

Been wanting to make homemade marshmallows, but still a little unsure about the process? I can help!

My class on SkillShare will give you easy tips for whipping up super fluffy bites of heaven.

SPECIAL OFFER: Get a 3-month SkillShare membership for $0.99 (take my class and/or as many others as you like!).